An effective television advertising campaign aims to encourage a potential customer to become an actual customer. Advertising agencies enlist many different types of strategies to become catalysts in this effort. Because television advertising is confined to very short timeframes — usually one minute or less — these agencies are wise to be mindful of using symbols to quickly convey messages in order to facilitate faster delivery of their intended message.

Viagra’s recent ad campaign airing on network and cable television as well as the Internet features rugged men that confidently avoid difficult situations with ease. These men fit an archetypal denotation of the American cowboy as popularized by John Wayne. Using this coding structure as a basis for study, I’ll examine two of the ads from the campaign in detail. One advertisement found relative success, while the other seems to have all but disappeared. This is most likely due to a failure to accurately encode the intended message, thereby sabotaging the entire effort.

“Every visual sign in advertising connotes a quality, situation, value or inference, which is present as an implication or implied meaning, depending on the connotational positioning.” (Stuart Hall, “Encoding/Decoding” Media and Cultural Studies: Keyworks, pg 168)

The implied meanings and qualities of the John Wayne-like actors of the Viagra ad campaign can be summarized as toughness, confidence, and grit. The ads feature men close in age to the characters that John Wayne played in movies and associate themselves with outdoor ruggedness. Furthermore, the campaign employs correlating symbols that embody sturdiness and reliability such as well-worn pickup trucks, horses, sports cars, mountains and cowboy boots and hats. 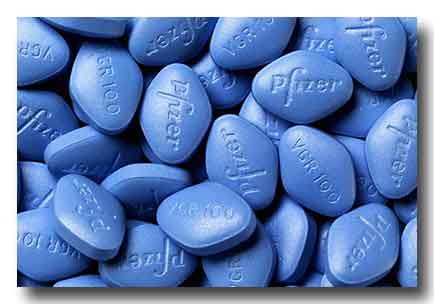 Why have these images been chosen above all others to sell a chemically engineered supplement that requires a doctor’s prescription and whose sole purpose is treating impotence? Putting aside the ethical dilemma of inserting a paid advertisement between doctor and patient, the link becomes clear. Because the penis is inherently the most symbolic aspect of the male experience, any decline in its natural, biological functionality would lead to an impairment of feeling “manly.” Because our society places a great deal of importance on behaving in a way that adheres to mainstream gender roles, this impairment could have devastating effects on men, which could lead to any number of psychological ailments in addition to their physical condition.

A burgeoning population of the “baby boomer” generation and a statistical rise in divorce rates in the United States equates to men — and women — leading sexually active lifestyles later into life than before, which places a greater value of being able to perform in the bedroom even though the body may not be physically capable. Because American society has a sense of entitlement even in the face of natural decline, products like Viagra have become wildly successful.

Since the topic is still somewhat taboo, advertising agencies must be selective and resourceful when using imagery to convey feelings and beliefs about impotence. And because they have very little time to convey these feelings and beliefs, they must use symbols, codes and myths that are easily recognizable and “downloadable” to their target audience.

Thus it makes sense that the agencies have chosen the cowboy archetype as inspired by John Wayne because this is an image that is so deeply embedded in the minds of men that grew up watching him on television and in theaters. John Wayne himself has become inextricably linked to the characters he played in movies.

“Certain codes may, of course, be so widely distributed in a specific language community or culture, and be learned at so early an age, that they appear not to be constructed — the effect of an articulation between sign and referent — but to be ‘naturally’ given.” (Stuart Hall, “Encoding/Decoding” Media and Cultural Studies: Keyworks, pg 167) 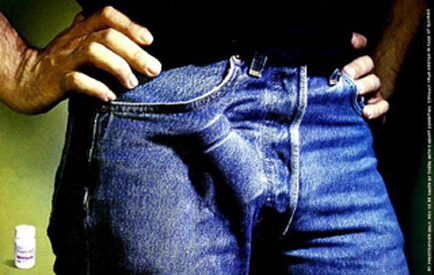 So it is only natural that in order to portray manliness, the agency sought out an actor that would instantly resonate with audiences as such. After the symbols are presented in the early moments of the ads, the audience has already decoded the meaning, which allows the brand to associate themselves with the visual representation of the feeling of manliness. The actor, while “only possessing some of the properties of the thing represented” (Charles Pierce, Speculative Grammar) is sufficient to trigger this response. It promotes the idea of individualism and that problems can be solved most efficiently when only one person is there to make the decisions.

“Myth deprives the object of which it speaks of all History. In it, history evaporates. It is a kind of ideal servant: it prepares all things, brings them, lays them out, the master arrives, it silently disappears: all that is left for one to do is enjoy this beautiful object without wondering where it comes from.” (Roland Barthes, “(i)Operation Margarine;(ii)Myth Today” 2nd principal figure, Media and Cultural Studies: Keyworks, pg. 101)

From this imagery a few questions arise: Does the cowboy have a Viagra prescription? If so, is the viewer in the target audience to believe that if it’s okay for the cowboy to take Viagra, then it’s okay for him to take it? Or is it saying, look at this idealized version of manhood. Are you matching up? Are you a problem-solver? Do you take challenges head on? Are you able to actualize the most primal urge of humanity?

The television medium can be associated with narrative works, but also has been increasingly associated with “reality-based” shows that feature real people. Clearly, the ad company has agreed with Viagra that they are best served by featuring a “real man.” Again the representation is far from real, the scene is constructed and shot with cameras also found on Hollywood movie sets and it uses an actor that fits a profiled definition of attractiveness and grittiness.

Multiple advertisements for Viagra were produced as a series with the same cinematic language, color tint, and semantic ideology. 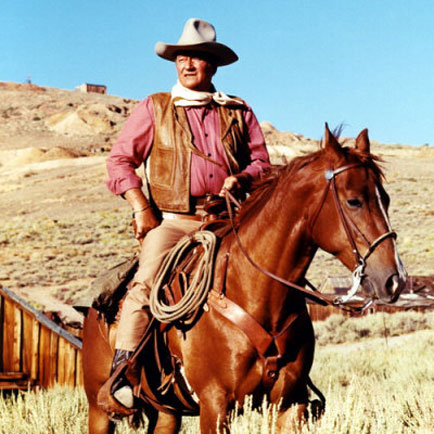 The next ad in the series follows the exact same pattern, but the John Wayne archetype is thrust into the world of solo-sailing. This time, Viagra stumbled in their attempt at authenticity and ruined their chance to connote an effective coding so as to transmit any tangential association that would trigger purchase. Sailing forums lit up with myriad critical assessments of the ad. The error was so offensive that sailing enthusiasts flocked to the blogosphere and Viagra wisely removed it from the airwaves before more negative press assailed it. (No pun intended.) Would they have pulled the ad if they thought these sailors were not part of their target demographic? It’s an interesting debate.

The point is that the men in these commercials are actors. They are playing a part that is intended to perpetuate myths about the capabilities of wise, older men like that of John Wayne’s fictional, tough-guy characters. It is the advertising agency’s job to ensure there are no holes in the play that would deflate the myth and thus leave the viewer/consumer on a cold, empty plateau of their mind without any symbology to decode and identify with.

If the series of TV ads are to be taken as a story or object that is part of the fabric of reality as the pharmaceutical giant intends, then the final paragraph of Barthes’ writing sums it up best:

“The fact that we cannot manage to achieve more than an unstable grasp of reality doubtless gives the measure of our present alienation: we constantly drift between the object and its demystification, powerless to render its wholeness. For if we penetrate the object, we liberate it but we destroy it; and if we acknowledge its full weight, we respect it, but we restore it to a state which is still mystified. It would seem that we are condemned for some time yet always to speak excessively about reality. This is probably because ideologist and its opposite are types of behavior which are still magical, terrorized, blinded and fascinated by the split in the social world. And yet, this is what we must seek: a reconciliation between reality and men, between description and explanation, between object and knowledge.”(Roland Barthes, “(i)Operation Margarine;(ii)Myth Today” Media and Cultural Studies: Keyworks, pg. 106)

So what do you think? How do these archetypes affect your self image?

What do you think? Cancel reply